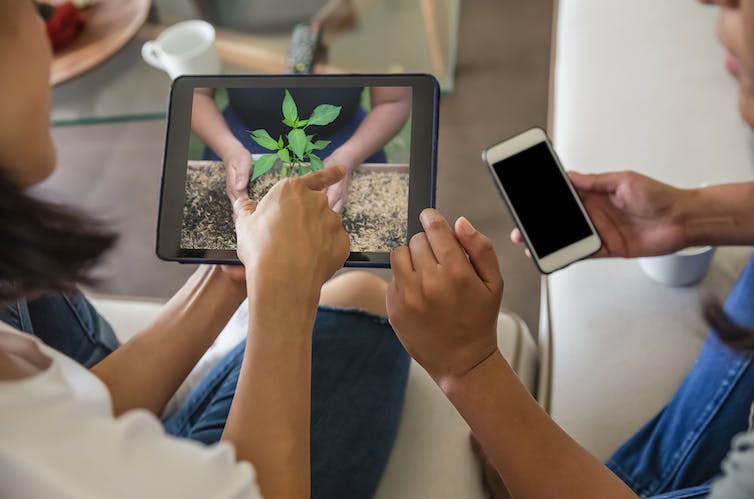 The internet has become a new player in plant care advice.

Kanawa_Studio/iStock via Getty Images Plus

The internet is full of advice on just about everything, including plant care.

As the director of a plant diagnostic laboratory and expert on plant medicine, I help people manage their plants’ health. Here are four trends I’ve seen online recently that have stood out as being especially misleading or potentially damaging to plants.

Watering orchids and other plants with ice cubes

Multiple sites claim ice cubes can be used to give orchids a “just right” amount of water. The fact is tropical plants hate cold temperatures. Leaving ice near an orchid’s roots may damage them.

Nearly all houseplants, including orchids, will prefer lukewarm or room temperature water, about 70 degrees Fahrenheit (21 degrees Celsius). Use fact sheets from educational institutions and reputable organizations to determine the correct amount of water and watering schedule for the types of plants you’re growing, and then set a reminder on your phone.

Use a potting medium that drains well and quickly. For orchids, a mix of bark chips and sphagnum moss is much better than 100% soil or coco coir.

Many campaigns have sprung up recently promoting “No Mow May.” The idea is to delay regular mowing for the month of May to provide more feeding sites for pollinators, which are trying to shore up calories after their winter hibernation.

Unfortunately, this practice usually does not benefit pollinators and could damage your lawn’s health. Here’s why:

Overgrown lawns have overgrown root systems, which require more energy. Failure to provide it leads to increased susceptibility to disease, poor water management and potential collapse. Such damage is pretty much unavoidable after a monthlong “no mow” period.

Few lawns actually contain enough flowers to be beneficial to pollinators, anyway. For many people, the “perfect lawn” is an unwavering green carpet. But that uniformity is useless to bees and other pollinators that require pollen and nectar that other plants can provide.

It’s great to prioritize pollinator health, but the “no mow” trend is best implemented in prairie, field and wetland environments, where there is a lot of plant diversity and flowering plants.

If you’re looking to support pollinator health in your own yard, plant native wildflowers that pollinators will actually want to visit. Most require less water and management compared to grass lawns. Replace your entire lawn or even a small strip. Any amount of lawn replaced is beneficial — and will save you water and money.

Make sure not to mow the wildflowers until they’ve finished flowering. A wildflower patch usually only needs to be cut once or twice a year. Mowing after the last frost in early spring will spread the previous year’s seeds and provide a home for insects to spend the winter.

So most pathogens — the organisms that cause disease — will not be affected if they are in a plant’s tissues rather than on its exterior. Applying hydrogen peroxide excessively or improperly may even make plant health issues worse by drying surfaces and killing beneficial microbes.

While there is certainly a time and place for sterilizing surfaces in plant care — like with your pruners and propagation tools — the best defense against plant diseases is proper care.

Water your plants only when necessary and provide proper light and nutrition. Research what your plant likes best from educational institutions or other reputable sources. Routine pruning to increase airflow, proper plant spacing, avoiding single-crop planting and crop rotation are just some examples of chemical-free techniques to reduce plant stress and decrease disease susceptibility. 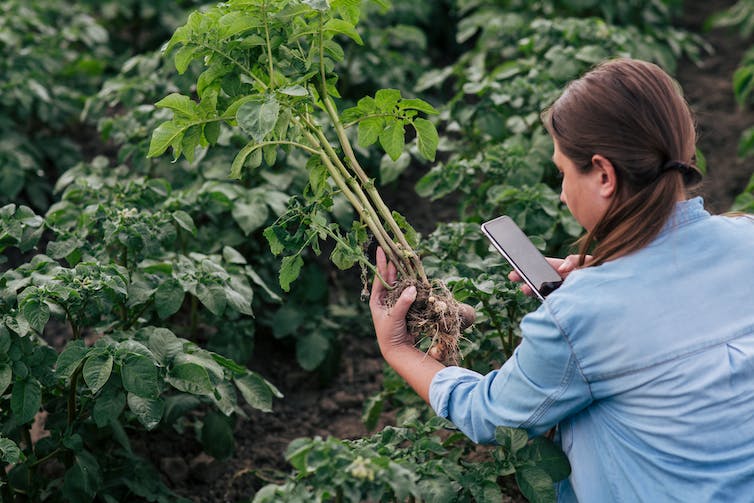 Many apps exist that use photographs submitted by the user to identify plant diseases and offer solutions.

The truth is, to diagnose most plant diseases, a scientist needs to culture plant tissue to correctly identify pathogens. Only after an accurate diagnosis can they recommend management solutions. I have a pretty strong opinion here, since disease identification is what I do every day. Plant symptoms that accompany one disease may be practically identical to those of another. 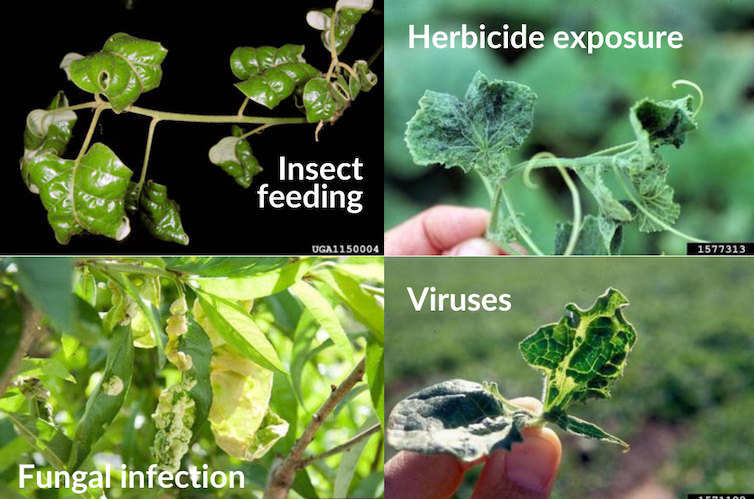 The same symptom can be caused by very different problems.

For example, herbicide exposure, viruses, insect feeding and fungal infections can all cause twisted and deformed leaves. To properly diagnose an issue, the plant’s own history, location, site history, time of year and other factors need to be considered before I can take a guess as to what may be contributing to symptoms.

Don’t rely on an app to guess at what disease your plant may have — and don’t act on bogus recommendations. Instead, reach out to your local university diagnostic lab or extension office for support.

Not sure where to go? Start with the National Plant Diagnostic Network’s lab directory. Many, including mine, offer free consultations and recommendations. If you end up submitting a sample to a diagnostic lab, most are affordable — my lab’s fee is US$20 — and will be worthwhile, especially when you consider the cost of replacing the plant with something that could eventually have the same issue.

This article is republished from The Conversation under a Creative Commons license. Read the original article.

Tips for growing a healthy garden during drought

Choosing which plants to water

Other tips for reducing thirst

Houseplants that spent the season vacationing outdoors need a proper transition back inside to avoid shock.

With a little effort, the hell strip between the street and sidewalk can become a heavenly garden addition that adds to your home's curb appeal.

When to put up your Halloween decorations, according to experts

Decorating for a holiday too early can draw glares. But fall is here, and that means Halloween decor is going to make its way onto front porches.

Gardening doesn't stop just because it's fall: Try these tips

As summer turns to fall, the garden may seem to fade to the background. But there's still plenty going on underground. This is no time to rest.

Ever feel like you’re forgetting something? Maybe it’s the keys you left inside the car just as the door locks click. Or your phone sitting at…